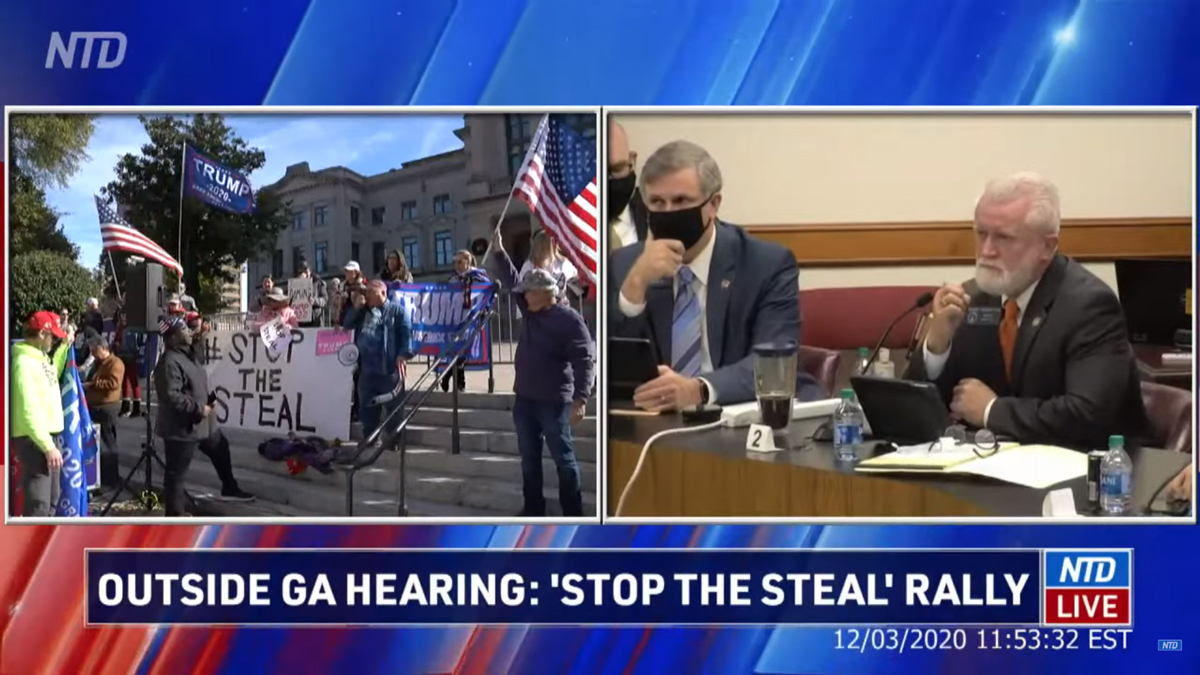 On December 22nd, the Georgia State Senate released a report, in which a Senate committee details widespread violations of election law and election fraud that took place on the day of the election on Nov 3rd, as well as before and after election day. In addition, the process of changing the manner of how the election was carried out is in violation of the Constitution.
The report concludes, based on the evidence and witness testimonies that were presented under oath, that any reported election results so far must be viewed as untrustworthy.

The official WHO documentation includes a public guideline on launching vaccination campaigns. The document outlines the main course of action on how to encourage people to get vaccinated; how to build media presence and shape public opinion on immunization; how to impact different communities and social groups; how to involve politicians, experts, and influencers; how to engage on social media in order to influence vaccination decisions. In short, how to launch the plan, the implementation of which we are currently witnessing every day.
0 Shares
0
0
Peter Navarro, a professor emeritus of economics and public policy, has published the third and concluding part of his report analyzing the results of the US 2020 presidential election.
0 Shares
0
0
Our lives are the sum of our thoughts, environment, food and water. We all have a god to believe in; we are all creators, and we create life together. We always receive what we give others. When we share love and forgiveness, when we are honest with ourselves and others, our lives will be honest, happy and full of love. Share honesty, love, and forgiveness with others. Let's grateful!
0 Shares
0
0
Belgian court rules enforcing Covid vaccine pass is illegal
0 Shares
0
0
The Food and Drug Administration is asking a judge to give it 75 years to produce data concerning the Pfizer and BioNTech vaccine, up 20 years from a previous request.
0 Shares
0
0
The newest data from a large German health insurance company and the Israeli Ministry of Health continue to show side effects from the COVID jabs and boosters are anything but ‘rare.’
0 Shares
0
0