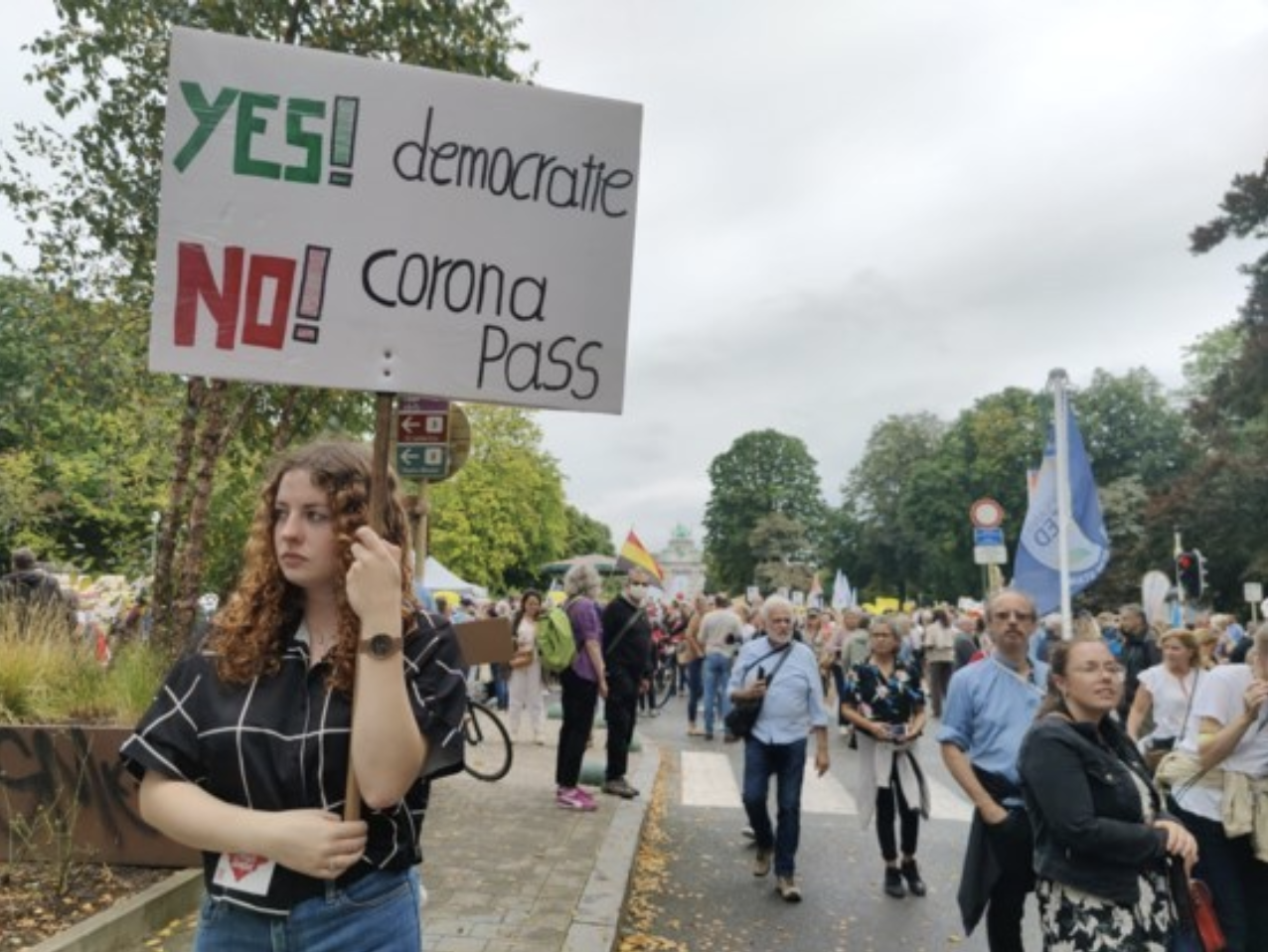 A court has ruled a Covid pass in a region of Belgium is unlawful and has fined the district more than £4,000 per day until it stops enforcing it.

In the judgement, the Covid Safe Ticket (CST) in Wallonia was called disproportionate and the court suggested it could breach European law, the Brussels Times reported.

Since November, the CST has been mandatory in the Walloon Region and the whole of Belgium.

People who want to eat in a restaurant or go to the theatre must present a Covid pass, showing vaccination, a negative test, or recent recovery.

Non-profit organisation Notre bon droit (NBD) brought the summary proceedings against Wallonia after contesting the use of the Covid pass before its introduction.

NBD founder Isabelle Duchateau said: ‘The court has ruled in our favour by conceding that the CST does not respect the principle of proportionality.’

As well as the daily £4,258 (€5,000) fine, The Walloon Government was ordered to pay NBD’s court costs and will have to ‘rectify’ the situation pending a judgement on the CST’s benefits.

But the Walloon Region refused to annul the CST following the judgement and said it would appeal the court’s decision on Wednesday, according to the Brussels Times.

NBD previously got CST’s suspended for access to the European Parliament for people who objected to them.

The organisation is also trying to get CST’s annulled in the Belgian capital Brussels, with a hearing set to be held on December 8.

All people in indoor venues such as cafes and restaurants are required to wear a mask unless seated and the rule applies to those aged 10 or older.

The previous age threshold was 12. Most Belgians have to work from home four days a week until mid-December, and for three days after that.

Estonians are a resilient and powerful nation that has survived very difficult times, and there is no doubt that we Estonians will survive this time as well, despite the great social upheaval that is occurring around the world. It is important to remember that creating fear and causing people to quarrel with one another has always been an effective tool of the old system, and they are still trying to make the most out of it. So let us trust our heart, intuition and common sense, let us stand in empathy and love. Let us create community structures on the principle of self-organization and let us support each other! The new one cannot be born in its entirety until the old structures have left the arena.
0 Shares
0
0
Peter Navarro, a professor emeritus of economics and public policy, has published the third and concluding part of his report analyzing the results of the US 2020 presidential election.
0 Shares
0
0
The official WHO documentation includes a public guideline on launching vaccination campaigns. The document outlines the main course of action on how to encourage people to get vaccinated; how to build media presence and shape public opinion on immunization; how to impact different communities and social groups; how to involve politicians, experts, and influencers; how to engage on social media in order to influence vaccination decisions. In short, how to launch the plan, the implementation of which we are currently witnessing every day.
0 Shares
0
0
Belgian court rules enforcing Covid vaccine pass is illegal
0 Shares
0
0
6
Belgian court rules enforcing Covid vaccine pass is illegal
0 Shares
0
0
The Food and Drug Administration is asking a judge to give it 75 years to produce data concerning the Pfizer and BioNTech vaccine, up 20 years from a previous request.
0 Shares
0
0