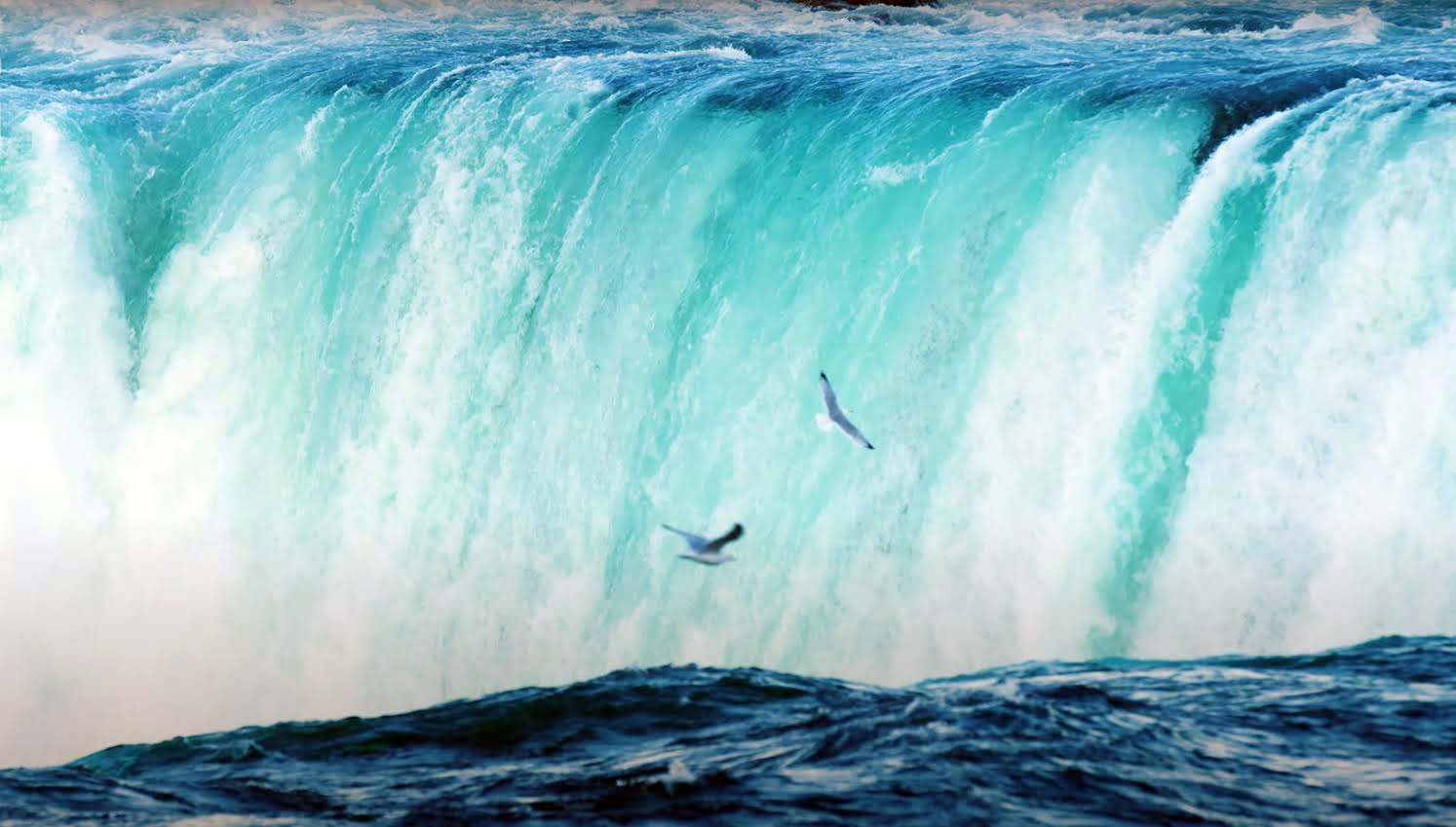 What a World We Live In

The world has layers. Everything does. The deeper our understanding of the environment and nature we interact with, the better.

In the early 1900s, significant developments took place – Nikola Tesla’s technological patents propelled human knowledge. While “visible” technological developments laid the foundation for the production of cars and trains, successful research was carried out into free energy in an invisible, parallel “layer”. However, the hopes for liberation and freedom died as the control paradigm hid the new findings. False gods were created – money and debt, so-called mainstream science (the cult of quantum and relativity), and pseudo-scientists keeping us busy and exhausted. The Ether was gone, Maxwell’s Equations were simplified (downgraded), energy formulas were made symmetrical, the corrupt patent and peer-review systems were established to filter out inventions of antigravity, free energy, and room-temperature superconductors.

Fortunately, groundbreaking technological inventions leaked to the public occasionally. Tesla taught inventors such as Hendershot (the first Transatlantic aeroplane to cross the ocean was powered by free energy electric engine), and even Ford (a special car alternator that was never launched onto the market).

Contemporary science has drained resources and pursues false objectives (hot fusion illusion based on mis­understanding of nature and the Sun), being overly materialistic, soulless, detached from Nature and cosmic wisdom…

Philosophers who perceive reality as conscious creation have naturally come to a conclusion about the existence of the ether that provides unified laws and a medium for interactions.

Ether refers to pure potential; it is the essence of all field modalities, providing the medium of propagation (longitudinal disturbance of pressure waves) for light and electromagnetic fields. The mainstream scientific foundation based on atomism (quantum physics and particles) on the other hand, cannot explain many of the related phenomena.

Simplicity is the key. Nature is simple and of electrical nature, and can be described by magnetic permeability, inductance, and capacitance (dielectric permittivity) as magnetic (repulsive field force) and dielectric (attraction or, more accurately, acceleration). Gravity is not a separate field, but the same dielectric acceleration − incoherent mutual mass acceleration that is point non-specific, as defined by the living genius Ken L. Wheeler.

In the beginning, there was pure Potential (inertia, stillness). Consciousness and creativity bring about the Manifestation (motion). Thus, there are two possible dynamics – the creation and the opposite of creation (back to dust).

We’ve always been surrounded by omnipresent prophets, sages, and teachers, who emerged from the rays of the Soul of the central Creation, channelling love, light, and wisdom to advance us to the next level of development. However, we need eyes to be able to see it, a deeper, profound understanding to fully comprehend it. Having come to inspire and serve living entities, even with a myriad of solutions to our challenges, they avoid interfering with our free will.  Yet humanity learns slowly and is content with mere crumbs. Has the free will experiment failed?

For knowledge seekers, there is also a natural path of development embedded in the design of Nature. Tuning in to the frequencies of Nature through contemplation and self-reflection can gradually lead us to the awakening of higher knowledge, to knowledge from within, and enables us to eventually become self-sufficient on different levels of creation.

If you are seeking holistic knowledge that connects science and the soul, dive right into the research of the Keshe Foundation’s plasma science providing innovative technological solutions in these troubled times.

In essence, Free Energy or Over-Unity is a transformation based on open system thermodynamics where the extra energy is drawn from the environment. The environment is the source of energy, be it free electrons, thermal area, (cosmic) radiation, background noise, or zero-point field. Over-Unity is not a perpetual motion of any kind. The principle is similar to a heat-pump that requires initial input to draw more input and extract energy from the environment. Yet, some well-educated scientists may disagree, as they follow dogmatic laws and twisted reality encrypted into mathematical formulae where few can operate.

There are machines or piston engines that take energy from the air, process it, and expel cold air from the exhaust pipe. Energy is conserved; however, it seems to violate the second law of thermodynamics. Forget this law. There are several functioning inventions and patents based on similar systems using CO2, propane, or even different gas mixtures as a working medium. Air is also a mixture of gases, including water. Things become interesting if you understand their negentropic work cycle – how it becomes possible to exceed the Carnot Cycle efficiency.

There are electromagnetic devices such as motors and solid-state devices (with or without magnets), or simply asymmetric transformers providing twice the output or more. But modern science is not interested in asymmetric transformers; its approach is based on symmetry, entropy, and closed nature, rewarding brains with endorphins when systems are balanced. Entropic minds are known to create entropic solutions. But magnetism, especially ferromagnetism is non-linear and saturable, for example in case of proper use (changing transformer permeability) asymmetry is created between active/reactive cycles during parametric resonance, which can result in much higher energy outputs.

There are various categories of technology – from super-efficient electrolysis and efficient heat generation to energy conversion from ions, and plasma – many of them described in various patents. Patents of course do not disclose key details, so they cannot be copied. Therefore, to build these devices, extensive scientific knowledge is required in radio frequency, electronics, physics, simulations, and mathematics.

By now, prophets and true scientists have spoken –energy is free. Now it is our turn to learn and to expand and apply these technologies. Seek knowledge and wisdom; follow logic… and your heart.

Hints and advice come in handy. Energy research is a discipline where scientific methods must be used. We need to state the research question and find answers through experiments and observation. Having measuring equipment such as a power meter, power supply with a wattage display, and an oscilloscope with mathematical functions is essential for any electrical system. Without measurements and calculations, we’re just fooling ourselves. There are always temptations to become sidetracked, and after having seen numerous inventors fail to build pure magnetic motors, I do not recommend to opt for this route unless you have a thorough understanding of the working principle or a good teacher. That of course applies to every study and invention. There is no such thing as the magnetic shielding principle. There are ways to create asymmetric conditions using soft ferrite material in conjunction with a magnet while working in the area of the non-linear saturation curve, which enables to create an open thermodynamic system.

Many will fail indeed. It is very easy to become penniless unless people learn to cooperate. Cooperation builds an essential basis for success, harmony, and freedom. Many inspirational teachers from a wide spectrum of light have put great emphasis on collaboration between people.

Firstly, learn from the teachings of the classics – the theories of Tesla, Schauberger, Steinmetz (the man who understood the dielectric nature of electricity, and the mathematical genius involved in the founding of General Electric, with over 200 patents registered in his name), Don Smith (who built high-frequency and high-power systems and shared his knowledge publicly), Floyd Sweet, John Bedini, Paulo and Alexandra Correa, etc.

Getting Even More Practical

John Bedini is one of the classics! It is well worth studying the Bedini motor. You can learn about it from Rick Friedrich’s YouTube channel. Bedini motor is also one of the simplest devices to study and replicate with even scarce knowledge of electricity and minimal resources.

First of all, it is important to understand, that it is not actually a motor! It is a switch that draws energy from the primary battery, sends it to the coil, and the collapsing field impulse (back EMF, BEMF) is then directed to the secondary battery bank. When connecting a current meter to the charging cables, no extra energy can be measured. This principle is that the collapsing secondary pulse coming from the coil is cold electricity (cold electricity radiant impulse) that activates the negative resistor (negentropic condition) in the secondary battery, drawing energy from the environment. It is also known in the new, open system thermodynamics that short impulses do not obey the traditional laws of thermodynamics. Depending on the tuning, electric circuit, motor, and size of the secondary bank, it could result in dozens of times the gain. Batteries today are no longer of high quality (due to commercial interests), but for the transition technology, you could use lead-acid deep cycle non-gel batteries. For example, formerly, golf-cart batteries were made to last.

Those who believe they are smart enough to modify the circuit design, loop it directly, and not follow the guidelines, will fail. There is a reason for everything. The trick is to convert cold electricity back to usable “hot” electricity and not to mix them directly. The easiest way is to send the collapsing BEMF into the capacitor that discharges into the destination battery bank through the diode and thyristor delay circuit. This intermediate capacitor phase converts negative radiant-type electricity into a positive radiant-type. Even though the gain is lower, it works efficiently when charging the battery, allowing you to rotate and replace batteries while keeping them charged.

This outlines the essence of Bedini’s teaching.